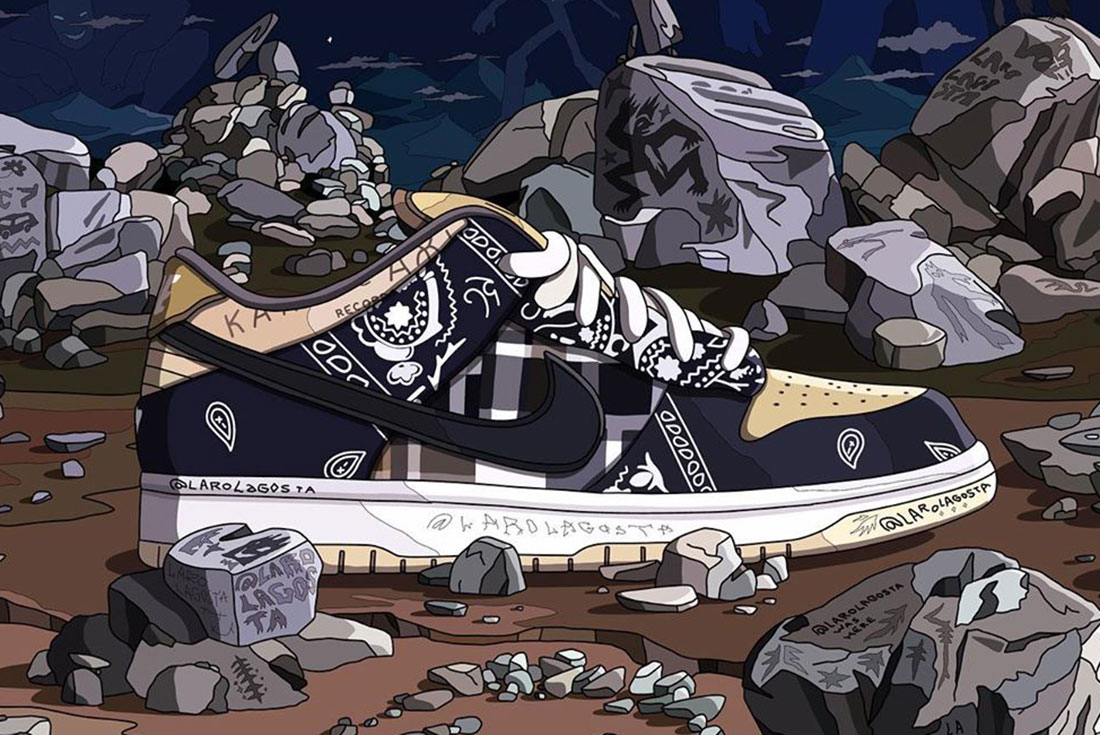 Despite being one of the most influential sneakers of all time, the Nike SB Dunk hasn't always been at the forefront of contemporary crep culture – far from it, in fact. Rewind the tape just a couple of years, and you wouldn't have been surprised to have seen some colourways labelled as outlet fodder. Nevertheless, we all know that a lot can change in the sneakersphere in a short period of time.

Frankly, Team Swoosh weren't all that interested in the SB line, choosing to focus on appeasing the rabid popularity of the Air Jordan 1, Air Max styles, and an expanding performance basketball lineup. The Nike SB Dunk Low was seemingly gone, but it certainly wasn’t forgotten… and Beaverton knew just what to do about it. 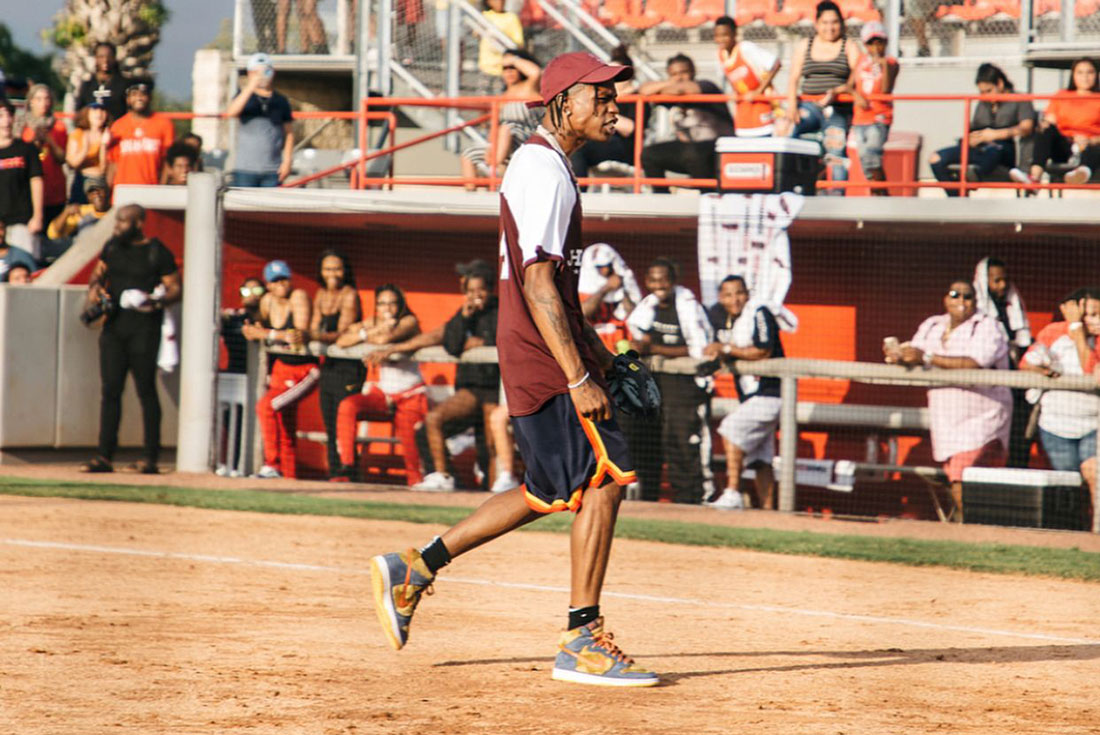 Planting the Seed
The wheel on the Dunk resurgence began turning in the early months of 2018, when pairs began appearing on-foot in paparazzi snaps and in NBA tunnels. Top-charting artists Frank Ocean and, most notably, Travis Scott were frequently spotted stunting ‘golden era’ SB colourways, while high-profile hoopsters Kyrie Irving and PJ Tucker also made the Dunks part of their pre-game rotations. 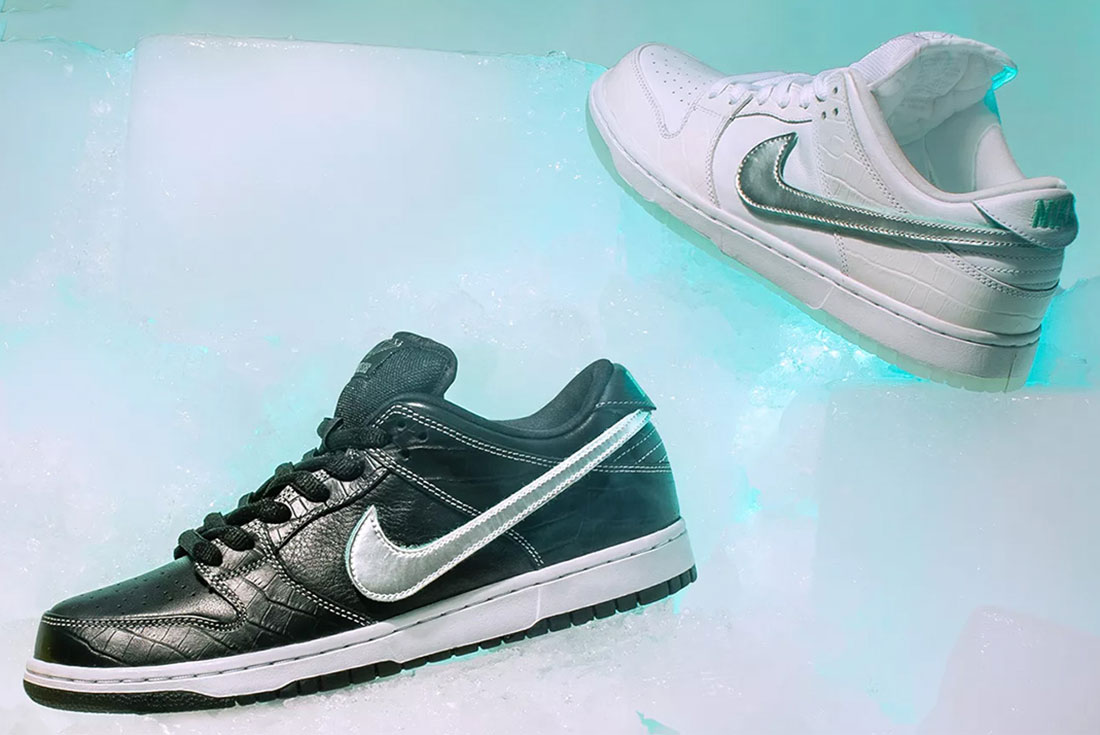 Were these pairs in their inventories a year prior? We'd say it was unlikely. The brains trust at Beaverton were no doubt schemin', seeding pairs to industry movers and shakers in the hope the silhouette would once again sprout back into the contemporary conscience of cool. The resulting harvest has been prosperous, to say the least.

Some old heads cussed out the fresh sightings, while others appreciated the nostalgia of this ‘new’ trend. One thing's for sure, though – a generation of younger sneaker fiends were now familiarising themselves with the storied silhouette. 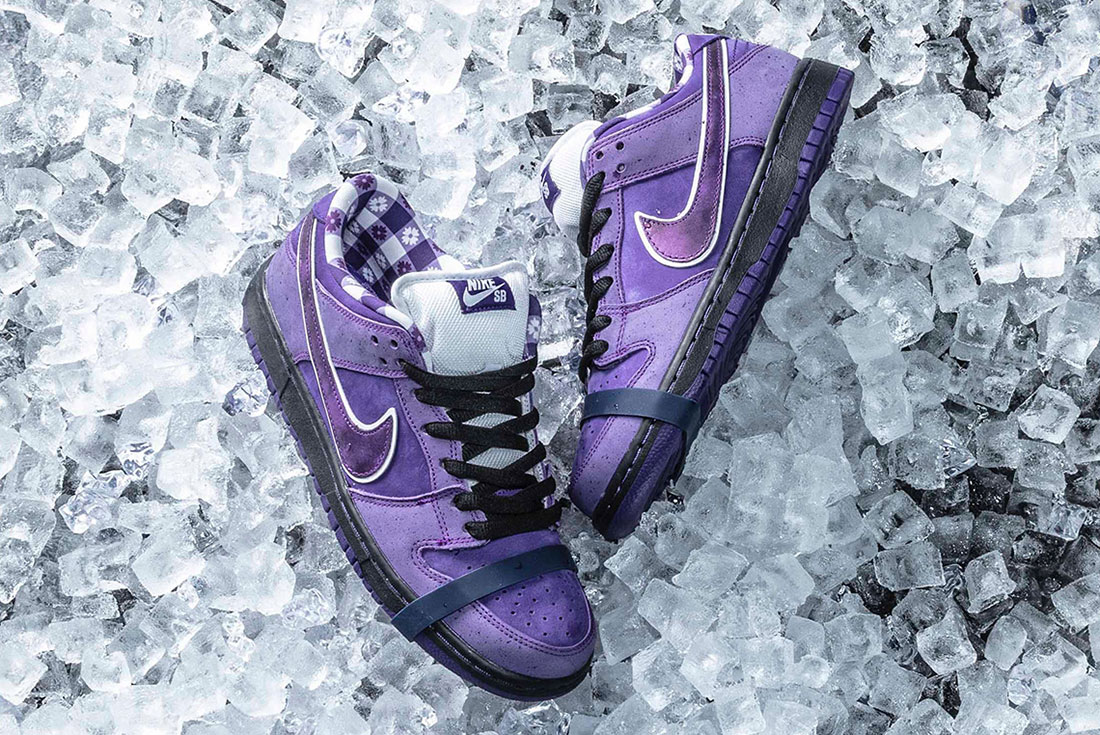 Comeback in Full Swing
With the sneakersphere's interest piqued, Nike SB went big off the bat, reconnecting with Diamond Supply Co. in late 2018 to release three Dunk Lows with the OG puffy tongue. A homage to the sought-after ‘Tiffany’ colourway, the new collaboration delivered a tasteful remix of the old favourite, selling out in quick time, and even causing a ruckus at ComplexCon.

Not long after, Deon Point of the Boston-based retailer Concepts reconnected with Beaverton to breathe new life into the legendary Lobster pack, almost 10 years since the first fabled project. By mid-2019, Nike collaborator Piet Parra had his own colour-clad collaboration, while Jeff Staple returned to reinvigorate the infamous ‘Pigeon’. Hell, even Supreme went back to the Dunk well.

By now, Nike SB's game plan was clear – the Dunks were coming, whether you liked it or not. Aside from the collaborations, more GR colourways also began to surface, adhering to the sub division's long-standing core customer ethos of releasing at select skate stores.

Little did we know, the highest period in the room was yet to come… 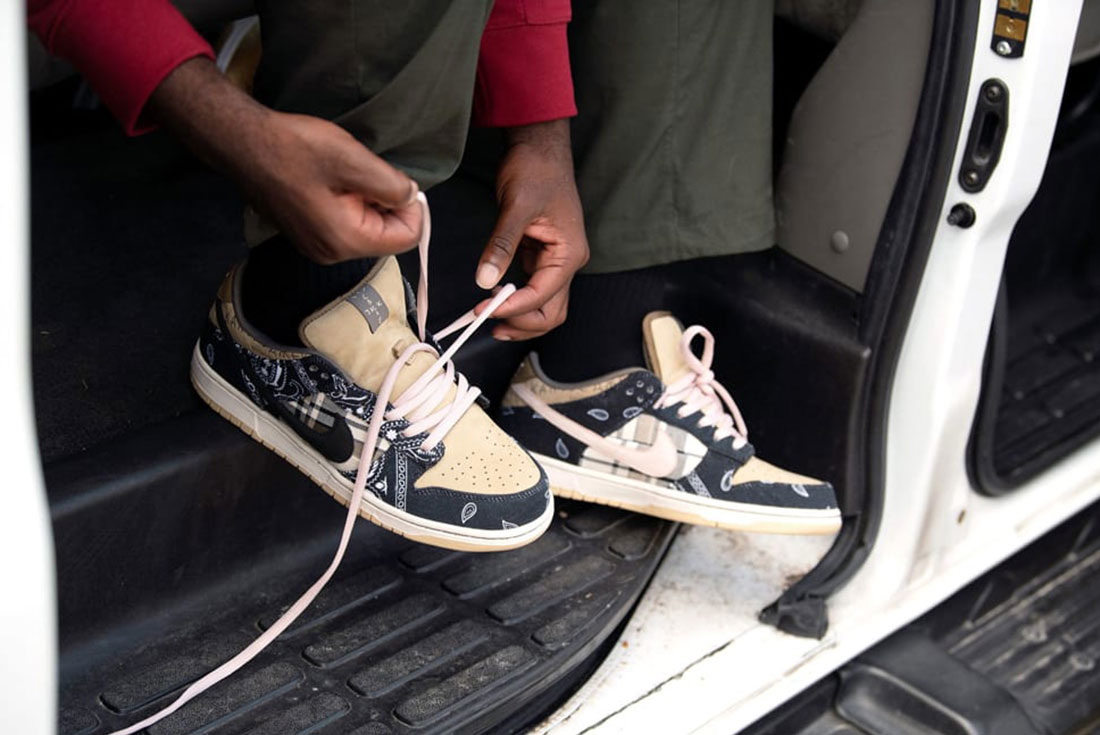 The Dunk Goes SICKO MODE
It’s safe to say the Nike SB juggernaut has reached a new high. While it may not feel the same as the ‘Golden Era’ of the early- and mid-2000s, it's clear to see that the Dunk Low has well-and-truly extended its influence beyond just sneakerheads and skaters.

Part of Nike's recent seeding strategy, team rider Oskar Rozenberg's recent Dunk collaboration reaffirmed the brand's commitment to stay close to the culture, while Sean Cliver's StrangeLove release transcended the realms of skate to become one of this year's biggest and best sneaker releases so far. 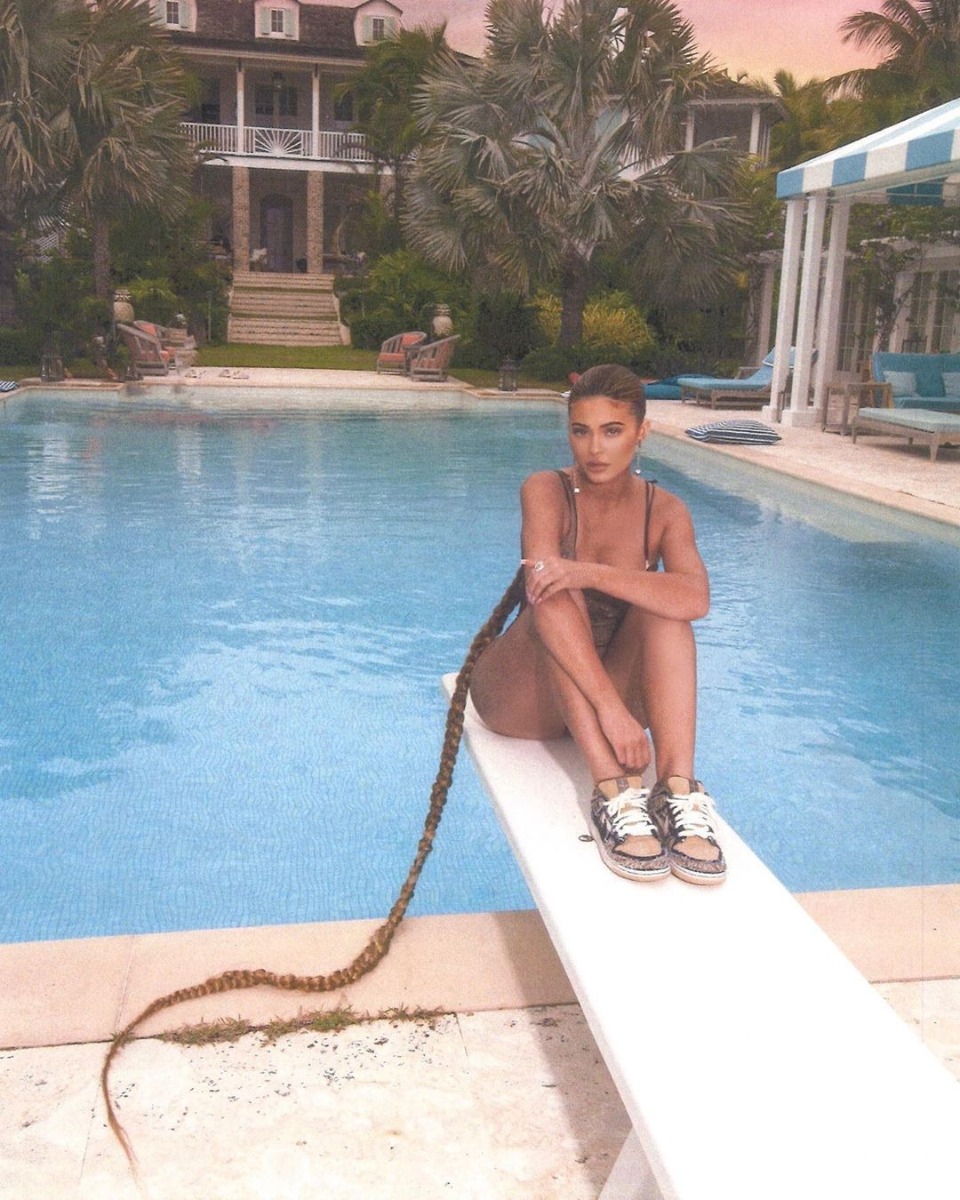 That said, it's been the influence of Nike's biggest drawcard that's taken the SB line to its undeniable zenith. The ‘Pigeon’ may have caused a riot on the NYC streets, but Travis Scott's Dunk Low just about broke the Internet.

Few would've predicted the current state of affairs, with Nike SB's marquee model reigning over the culture. We say it's a win-win ­– the old heads can bask in the nostalgia of SB's formative era, while the new-gen get to appreciate one of greatest sneakers of all time.

Just be prepared for more Ls – for the time being, anyways.