Did the Triple S Break the Sneaker Industry? 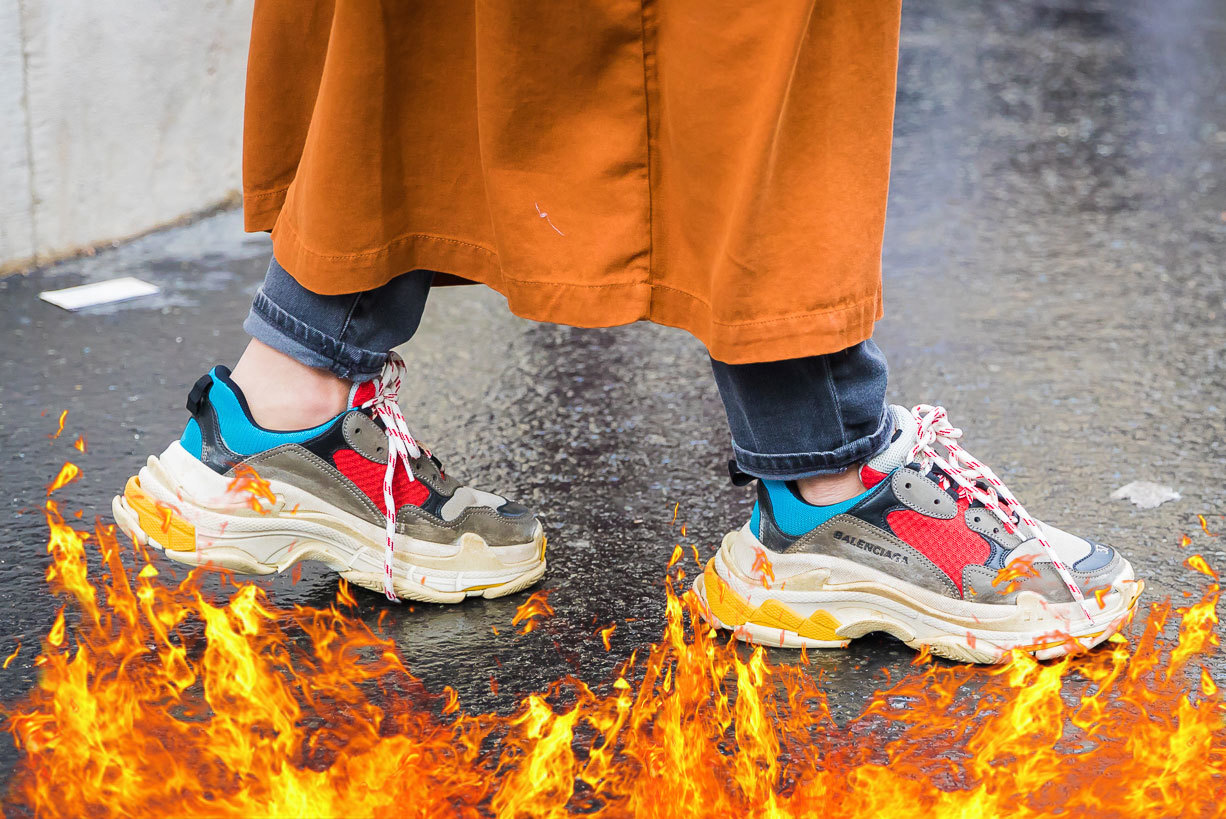 Unveiled on the runway in Paris back in January 2017, the Triple S marked a turning point for Balenciaga, as creative director and Georgian designer Demna Gvasalia brought the aesthetic he had perfected with Vetements to the realm of high-fashion luxury footwear. By the time the kicks finally dropped that September, they had morphed into the must-have trainer of the moment thanks to their unmistakable look, and decidedly retro vibes. Ultimately, the shoe is almost single-handedly responsible for kicking off the dad shoe craze that continues to this day.

The shoe's impact on sneaker culture, however, goes far beyond that panel-heavy upper and stacked sole unit. By coopting the chunky, seemingly unstylish footwear choices of middle-aged dads everywhere, repackaging the look into something tailor-made for the Vetements set, and hitting it with a hefty price tag, Demna completely disrupted the sneaker industry as we knew it. 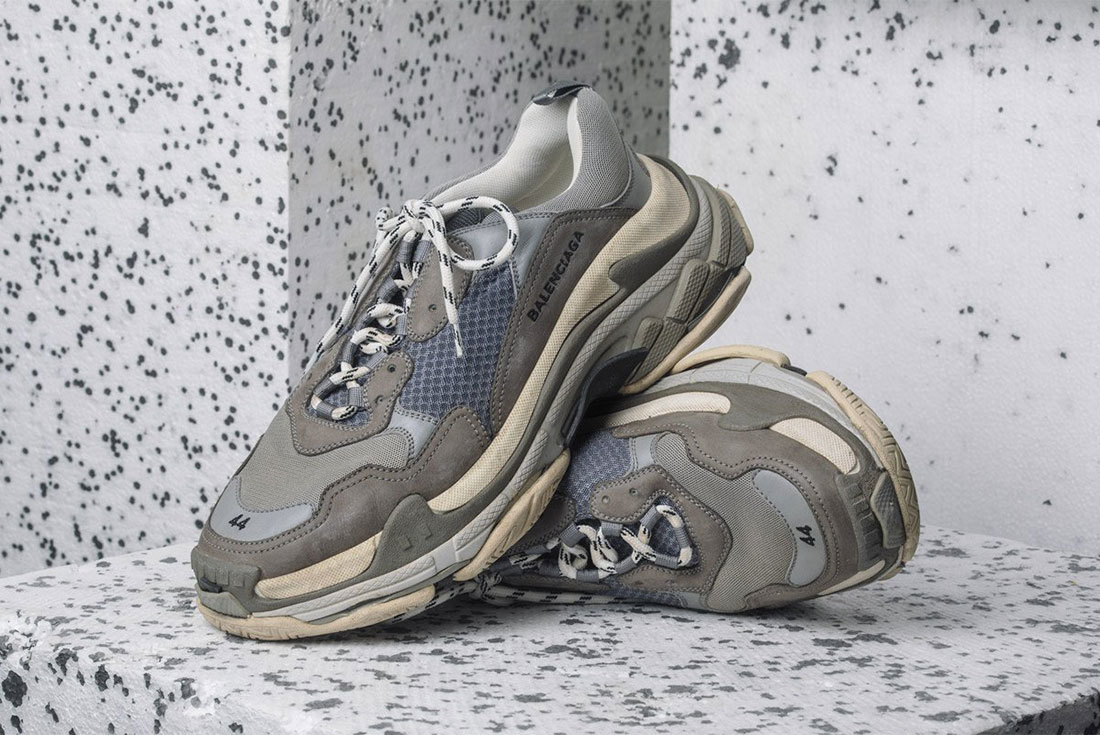 From Minimalism to Maximalism

Just where would we be in the sneaker design continuum without the Triple S? Rewind back to the days before Demna's bulky low-top and the sneaker world was dominated by something completely different, something decidedly sleeker and more futuristic: sock-like knit high-tops. In fact, the Triple S is in many ways a direct reaction to that trend, and the brand's own entry into that field: the Speed Trainer.

Ultimately, the Triple S latched onto the idea that it had to look back in order to push sneaker design forward — you can't get much more minimalist than a laceless knit upper paired with a sole unit — and the clunky, technical, retro-inspired aesthetic did just the trick. It was a maximalist reaction to the minimalist design ethos that was dominant at the time, and the sneaker industry has yet to move in another direction. 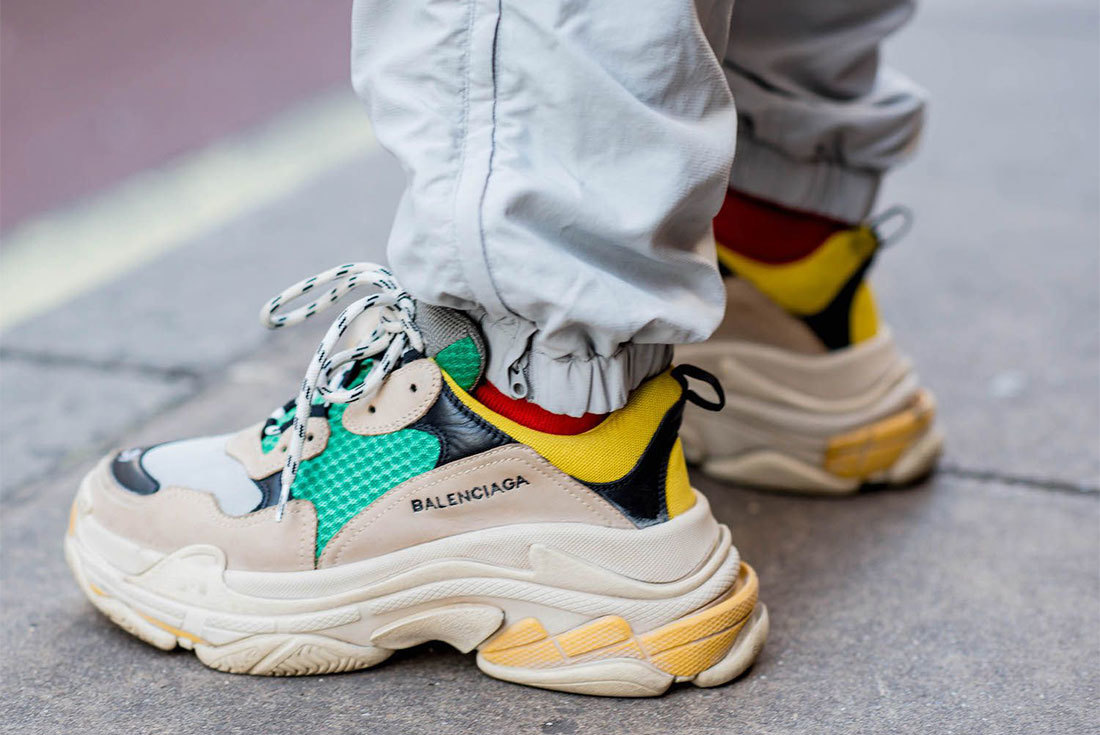 Dad Shoes and Stagnant Creativity
The affects of the Triple S's 2017 intro have been felt ever since, as the over-the-top design ushered in the dad shoe trend. One look at the shelves of your local sneaker retailer — or the pages of your favourite sneaker website, for that matter — and the silhouette's influence is obvious. If it weren't for the Triple S, we probably wouldn't have the M2K Tekno, P-3000 and P-6000 CNCPTs, Falcon, Thunder, GEL-Kayano 5 retro, or A-COLD-WALL*'s Vomero collaboration. Topshop even took the aesthetic to the nth degree and dropped a blatant Triple S copycat — for something like 1/15th of the price. Naturally, Topshop couldn't even keep the trainers in stock.

The Triple S didn't just kick off the dad shoe trend; it spawned countless imitations, knockoffs and retreads — some more shameless than others — and the sneaker world hasn't been the same since. 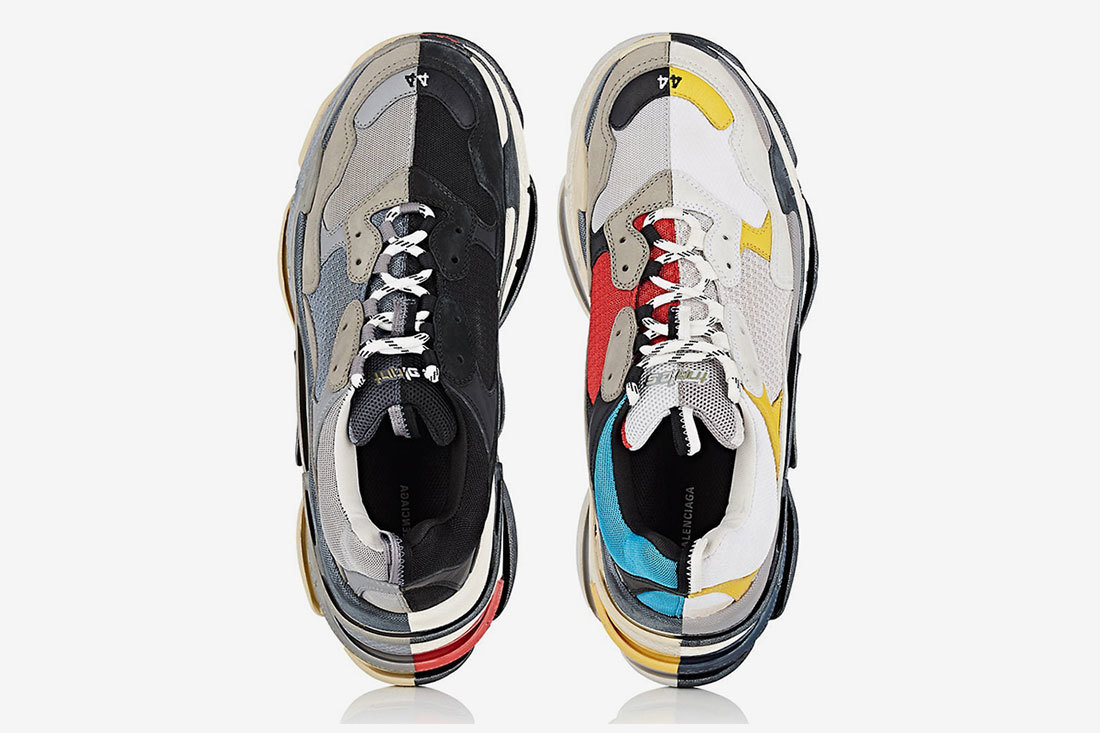 By introducing a coveted shoe for around $900 USD, Demna and Balenciaga have alienated countless sneaker lovers in a way that's not much different from that of resellers. If you want the Triple S, it'll cost you (this was especially true at its height, when aftermarket pairs were going for as much as $2,000). The Triple S is essentially the culmination of what the rise of limited-edition releases has done to the sneaker industry in recent years. Sneaker culture has officially been redistributed to those who can afford it. Sneakers are no longer for the many — they're for the few.

Unfortunately for dad shoe haters everywhere, and those who scoff at exorbitant price tags, there's no end in sight. Balenciaga's Track Trainer is sure to be the next Triple S — a pricey, maximalist, retro-inspired shoe that channels what many would consider to be the worst design aspects of 90s and early-2000s kicks.

And the price of those Track Trainers? A cool $895 USD.