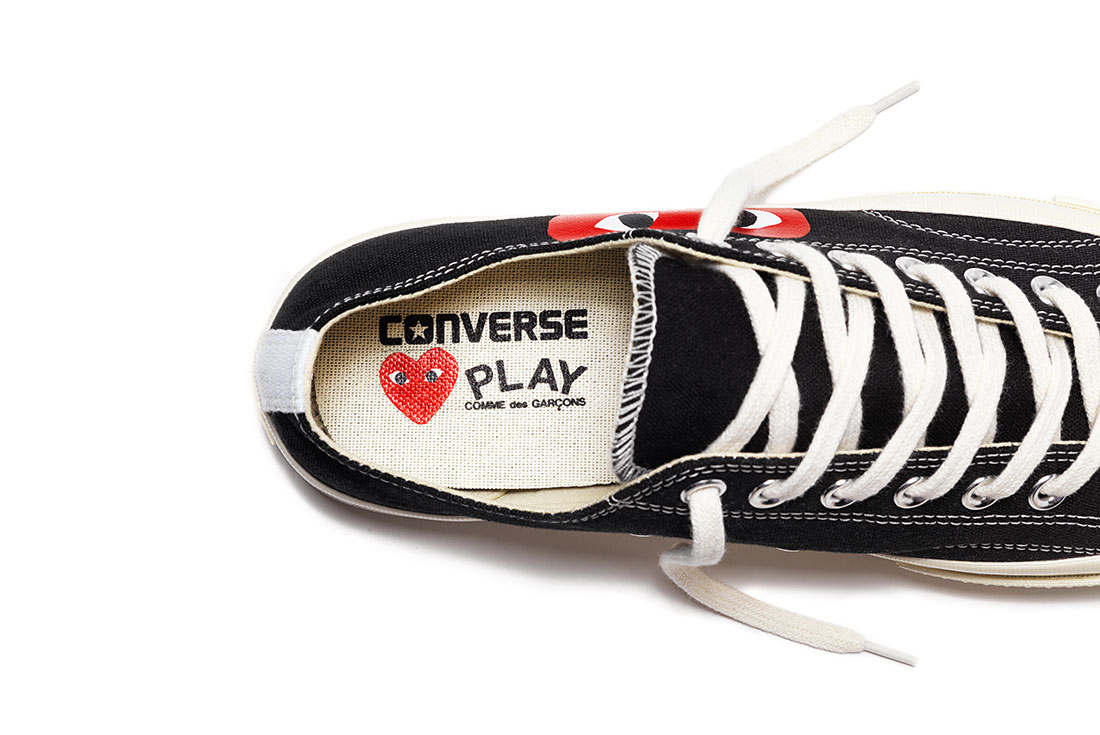 How did a plain canvas sneaker with a red heart on the side become the most influential sneaker of the 2010–19 decade? Comme des Garçons Play, a diffusion line within Rei Kawakubo's fashion-forward empire, first collaborated with Converse on the Chuck Taylor All Star in 2009, introducing a new generation to the weird and wonderful world of sneakers.

It's undeniable that in the past 10 years, sneaker culture completely broke into the mainstream. Things have definitely come a long way since the days of geeky Internet forum catalogue reciters, and cornball dudes putting excessive effort into their daily on-foot sneaker snap. Now, it seems everybody is a sneakerhead.

The long-running partnership between CDG Play and Converse marks one of the sneaker industry's strongest partnerships, spawning countless variations of the Chuck Taylor. Today, perhaps at the peak of its ubiquity, is the high- and low-cut variants of both black and white Chuck 70s with the red heart on the side. 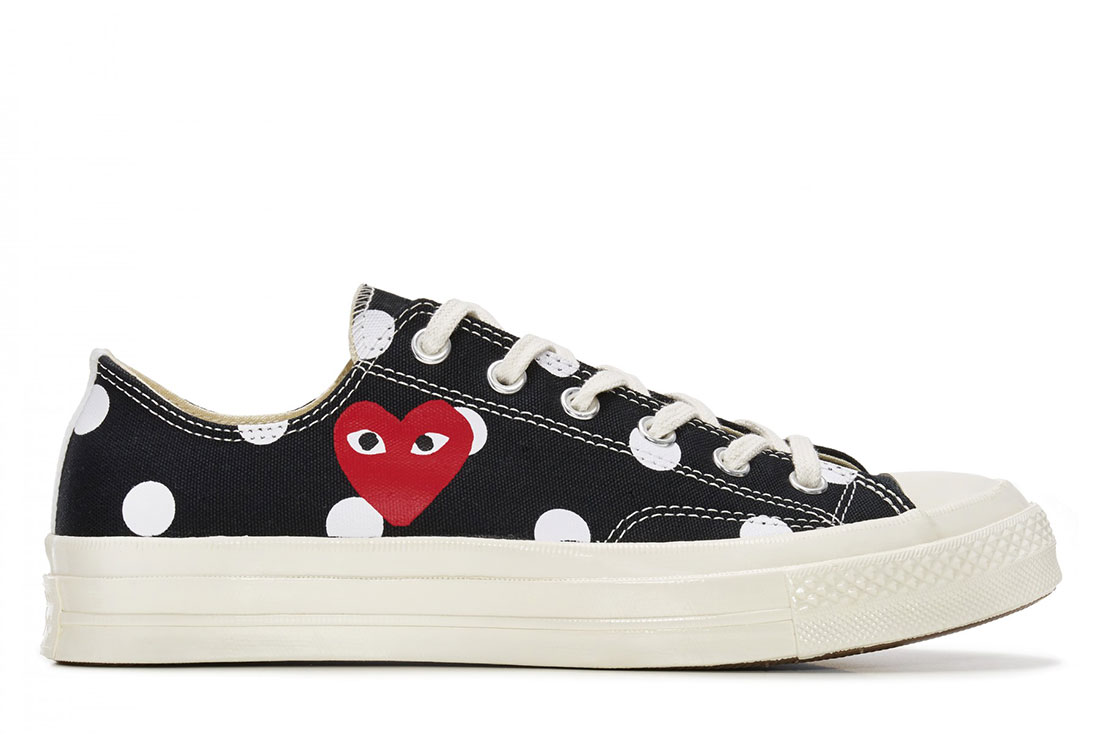 The Comme des Garçons Play line is best identified by its heart and eyes logo, which was created by artist Filip Pagowski. As opposed to the mainline label's more avant-garde – possibly intimidating – pieces, Play garments are about accessibility. Oversized graphic print tees, striped mariniere long-sleeved tops, perfumes, accessories and, of course, Converse sneakers are all safe items to dip into the far-reaching CDG world.

Both on the street and in social media feeds, the CDG Play Chuck 70 is everywhere. Before Instagram took over, baby hypebeasts and proto-VSCO girls flooded Tumblr pages with tightly-laced 'Chucks with the heart on the side': feet askew and oversized knots dangling for reblogs. Peeping out from trendy frayed cuffs or white Nike crew socks (cross-branding seems to be acceptable here), the Play heart logo is like a scarlet letter. It's an earmark of a sneakerhead-in-training – and they might not even be aware of it.

The Play Chucks represent a contemporary cliché, the intersection of high fashion and sneakers. However, it's not to say these two circles have never crossed paths before. Crossovers like Gucci's tennis shoes in the 1980s, or custom Louis Vuitton monogram Swoosh Air Force 1s à la Dapper Dan, required exorbitant amounts of cash and/or street cred. Even today's Balenciaga offerings cost more money than sense. And despite Kanye West's promise of ‘everybody who wants to get Yeezys will get Yeezys!’, the former ‘Louis Vuitton don’ is yet to hold a candle to the Play Chuck, which retails for almost half of a Yeezy BOOST 350 v2. With something like the humble Converse Chuck Taylor working with a credible fashion house like Comme des Garçons, mere mortals were offered a taste of the high life.

The Play heart logo is like a scarlet letter. It's an earmark of a sneakerhead-in-training – and they might not even be aware of it. 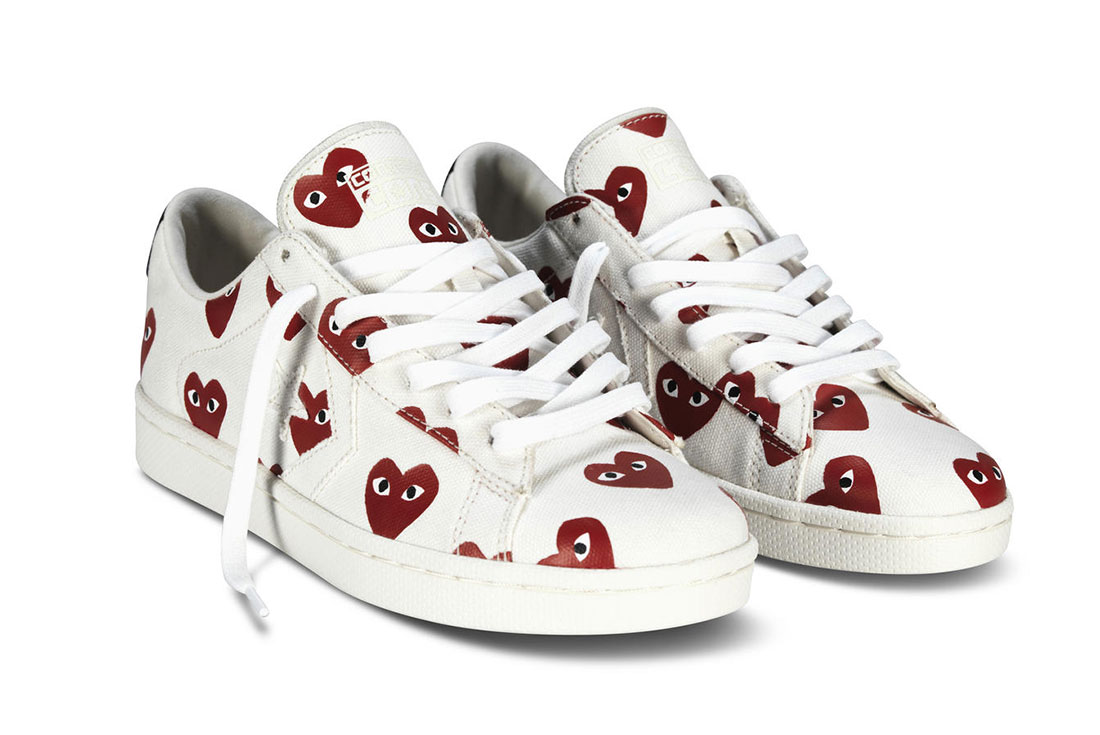 And if it wasn't exactly what these everyday people were looking for, they suddenly had instantly upgraded their footwear tier. GRs and everyday classics lost their decades-formed lustre, and suddenly sartorial adventure was calling for their feet. Soon enough, Play Chucks made way for Common Projects and APC denim in the rotation. Not long after, a fork in the fashion road led them down the slippery slope of Rick Owens' Geobaskets and Buscemi 100MMs. 2015 called, and they want their shoes back...

GRs and everyday classics lost their decades-formed lustre, and suddenly sartorial adventure was calling for their feet. 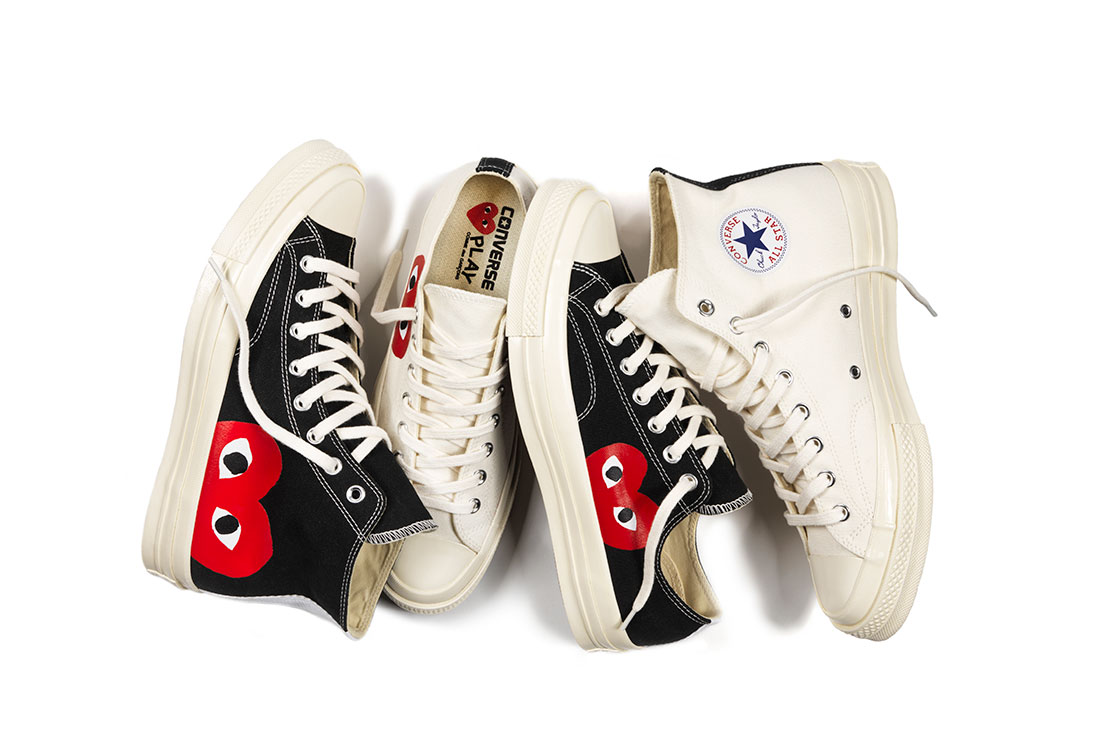 It just so happened that in 2015, CDG Play and Converse introduced the Chuck 70 iteration of their colab. Early adopters were left in the lurch with their archival standard All Stars and obscure Pro Leather versions, while those late to the game picked up the infinitely more comfortable 70s spec. By now, Instagram hit 400 million monthly users, so everyone was catching an eyeful of red hearts and canvas.

Within the last five years, the Play Chuck served as the gateway sneaker to similarly sneaker-focused fashion colabs. Virgil Abloh’s ‘The Ten’ collection with Nike in 2017 may have been the watershed moment, and this year Chitose Abe's sacai x Nike LDWaffle was the peak hype sneaker. This was despite crowds forgetting it wasn't her first rodeo with the Swoosh. But before all of this, the peeking heart of Comme des Garçons Play was busy with its silent revolution. And, it's still very likely a large portion of its newly-minted wearers don't even know who Rei Kawakubo is…

If the pseudo-psychoanalytical musings on fashion trends aren't yet convincing, the Play Chuck's perpetually in-demand status is testament to its influence. Trickling down from the uber-conceptual shelves of Kawakubo's own Dover Street Market locations, the shoes now occupy boutiques and select stores worldwide – whenever it's not sold out. Its constant supply falling enticingly short of demand has powered the hype machine for ages, and continues to fuel Comme's bottom line. This bread-and-butter product bankrolls the brand's edgier experiments like the platform-soled Cortez or see-through Dunks, and separating the Play line doesn't damage brand power. Everybody wins. 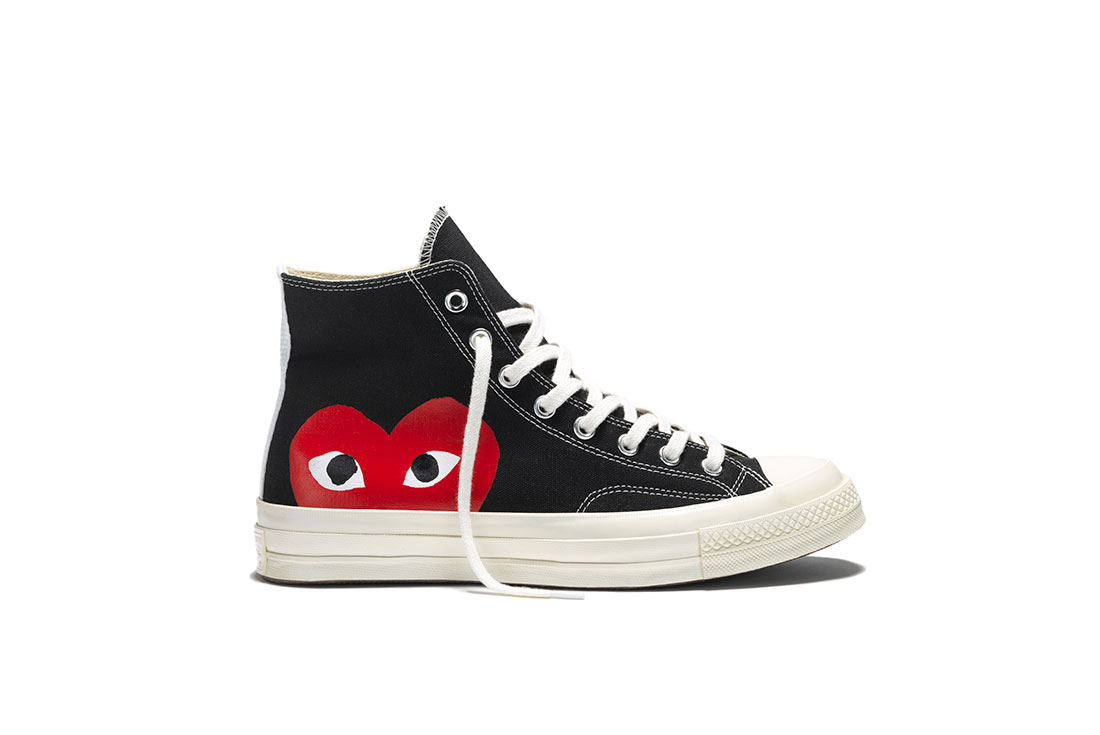 Like Darwin's concept of evolution, style is a result of safety in numbers. In 10 years, it appeared everyone from impressionable teens to Instagram influencers to cool mums had their hearts stolen by the Comme Chucks. At some point, mainstream sneaker style is going to change. But for now, and the past decade, the quietly-dominating partnership between Comme des Garçons Play and Converse has proved to be a survival of the fittest.

All images by Nike/Converse/Comme des Garçons.